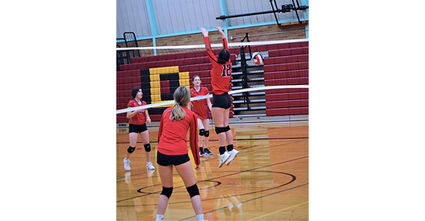 DW COMBINE-DW Wolfpack volleyball played three matches in three days and came away with one win.

On Monday, September 19, DW traveled to Touchet. The Wolfpack played without three key players; seniors who decided to leave the team due to discrepancies in coach/player relationships. DW won the match in fo...