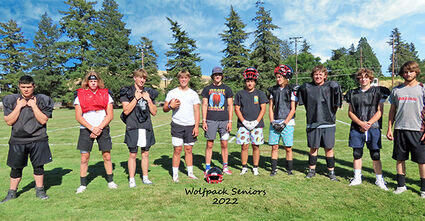 DW sports-Nineteen players traveled to Ritzville to compete in a high school football jamboree on Saturday, August 27. Head Coach Troy Larsen stated that his team had the opportunity to go live against some of the top 2B programs in the state.