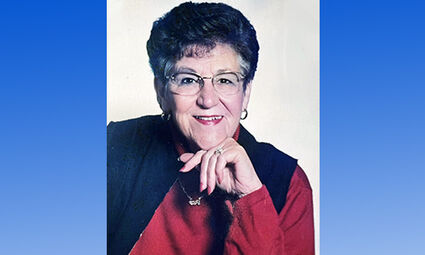 After being called by God to serve Him for nearly a century, Donnie Ruth Henderson, went to spend eternity with her Lord and Savior on Wednesday, April 13, 2022.

Born August 8, 1930, in Pine Bluff, Arkansas to Donald and Ida Nell Raymick, Donnie grew up in the country with siblings James and Sunny Ramick. Reaching a height of 5' 11" by the time she was in High School, basketball seemed to be a natural fit for her, earning All-State Honors her senior year. Being raised in the Bible belt, Donnie could be found at all sorts of youth church activities which is where she met a handsome young man named, Wayne Henderson. Story has it, she went home that night and told her mom, "He doesn't know it yet but I'm going to marry him." Years later on September 22, 1957, in Monroe, Louisiana, Donnie became Mrs. Wayne Henderson. Together they had one son, Tony Henderson. Donnie and Wayne were married 43 years until Wayne's passing in March of 2000.

After several years of church work in Louisiana, Mississippi, and Texas, Wayne, never one to shy away from a challenge, told Donnie he felt God was telling them to minister to people in the Pacific Northwest. Her answer was, "Well, Wayne, God hasn't told me that yet." In 1965, "The Three Bears," as Donnie liked to call her family, moved to Nez Pierce, Idaho and a year later to Waitsburg, Washington.

With a B.A. degree in Business from Northeast Louisiana State College in the early 1950's and additional credits through WSU, Donnie earned a secondary teaching certification and began a long career as a teacher for the Waitsburg School District. Donnie loved teaching and held a special place in her heart for her students. During this period Donnie was blessed with two grandsons, Dain and Cougar. No doubt, some of her most cherished moments were the times she spent with them.

Upon retirement in 1992, Donnie climbed on the back of Wayne's motorcycle as they began a ministry in the biker world through the Christain Motorcycle Association (CMA). This opportunity to serve God led to missionary trips around the world. In later years, Donnie began leading women's Bible studies in Dayton and at her home in Waitsburg. Donnie had a heart for others and was "Always Pursuing for God and Family."

A memorial service is planned for Saturday, April 23, 9AM at the Christian Church in Waitsburg. In lieu of flowers, the family requests that donations be made to a missionary organization of the donor's choosing.