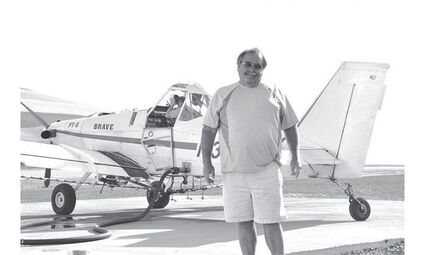 Paul Kevin Winger was born on July 4, 1955, in Los Angeles, California. He was a well-known and longtime resident of Waitsburg, Washington, and passed away in his home on Friday, March 18.

Paul Kevin Winger, known as Kevin to his family and friends, was originally from the San Fernando Valley, a suburb of Los Angeles. After high school, his family relocated to La Grande, Oregon, where he would obtain his commercial pilot's rating and become an aerial applicator. Paul became a prominent figure in the aviation community of the Pacific Northwest, later owning and operating the successful aviation business Wing-Air for over three decades.

He was a lifelong member of the Church of Jesus Christ of Latter-day Saints and was known for his active role in hosting Missionaries on their journey to share the word of God.

Kevin's grandchildren were the apple of his eye, and if he wasn't alongside them, he could most likely be found in the company of a friend or two golfing at the course in Walla Walla.

Mr. Winger's life is a testimony to hard Work, fatherhood, service to others, and above all else, service to God. He will be remembered as a loving, generous man and missed dearly by his daughter, grandchildren, and all who had the pleasure of knowing him.