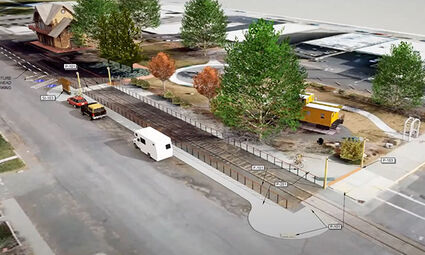 A rendering of the Dayton trailhead for the proposed Touchet Valley Trail.

DAYTON-The Port of Columbia Commissioners met Monday, March 21, for a workshop to discuss Touchet Valley Trail. As many as 39 people attended via Zoom, in addition to a packed conference room at the port. Public comment was not allowed at the workshop meeting.

Dickinson began the meeting going over a brief history of the trail, including how the Port of Columbia came up with the idea.