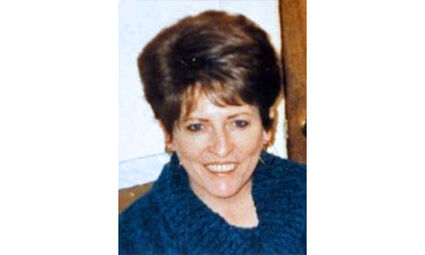 Judi K. Geisen, long time area resident, passed away suddenly on March 3, 2022 at her Waitsburg home. She was 75. A Memorial Service for Judi will be held Saturday, April 2nd, at 11:00 AM in the chapel of the Corbeill Funeral Home in Dayton. Graveside services will follow in the Dayton Cemetery followed by a reception at the First Christian Church adjacent to the funeral home. Judi was born October 24, 1946 in McMinnville, Oregon to Dorsey and Mary Garsja Hutchens. She grew up in Dayton and graduated from Dayton High School. Judi worked several jobs in the area, in many restaurants as a waitress and for the last fifteen years of her career she worked in food service at the Dayton General Hospital. Judi found love at different times during her life but more recently she was very happy to be enjoying her time spent with her "life partner" Ronnie Mings along with his children and grandchildren. She liked playing Yahtzee, working puzzles, reading, gardening, boating, fishing and camping. She has lived in Waitsburg for about the last five years but prior to that Dayton was her home for most of her life. Judi is survived by her daughter; Angela and Stephen Gregg of Dayton; 4 grandchildren; Nick Thayer, Jason Thayer and Jonathan Hardy and Sasha Black; her 5 great-grandchildren; and by nieces Michelle Scanlon and Kitt Kotsko and her nephew Jamie Newby who were very special to her; she also leaves behind her brother, Jerry Hutchens of Modesto, CA. The family suggests memorial gifts in her memory be made to a charity of donor's choice. On-line guest book is at http://www.corbeillfuneralhomes.com

Corbeill Funeral Home of Dayton is in charge of the arrangements.