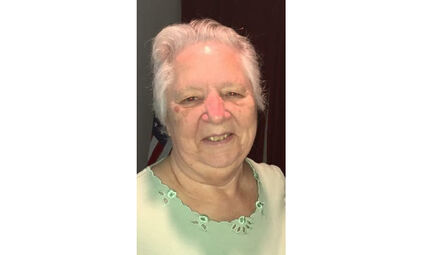 Everyone's story is filled with moments we savor and or regret, complete with celebrations and milestones, you know that dash between your dates on your tombstone.

That dash, for Mom, Nancy Ray Daves, was 1944 - 2022 has provided a life of being an inspiration. Married for 58 years, raising six kids, having ten grandkids and three great grandchildren; she would do whatever she could for anyone of them.

Born in a one-bedroom house April 24, 1944 in Welch, OK literally on the state line (bedroom in one state, living room in another) to May Fern & Eugene Pease, she joined three older siblings to complete a family of six.

As a child she was in the fields alongside her family as they helped bring in a variety of crops including cotton and various fruits. As the demand shifted, in 1948 the entire family (May's parents and siblings) moved to the Pacific Northwest, living in both the Prosser and Wapato areas. Living in a tent, proved to be a challenge sometimes as one year the snow was deeper than their tent was tall.

In 1958, the family settled in Maple Valley where they opened and operated their own lumberyard, Save More Lumber. Already knowing how to drive, Nancy helped around where she could including working as one of the yard crew, driving truck.

Throughout her life, she had a love of music, history, and law; learning to play violin and piano alongside Little Jimmy Dickens. Sadly, a school bus driver ran over a line of instruments including her Stradivarius Violin which ended her violin career. Graduating from Tahoma High School in 1962, she was accepted into WSU where she wanted to become a lawyer. Due to family financial challenges, she was not able to follow her dream and aspiration. Instead, she taught kindergarten for a year at Maple Valley Christian School.

Attending a Harvest Party November 1, 1963, one of the activities for the night was spin the bottle. When it came to her spin, the paper came out saying propose to Jim. Trying to do a set up for another sibling, little did their friends Roberta Backman and Barbara Schmidt know this would lead to a life for Jim and Nancy. On March 14, 1964 they married at Tahoma Assembly of God, the church she belonged to where she was a Sunday School Teacher.

In 1965, they began their family having Sharon, with Jimmie and Beth soon following while living in the Seattle area. Jim being a Boeing employee, they joined the Boeing Employees Bowling league, creating the Swingsters Team with both Jim and Nancy earning high 10 and high 30 awards.

Both having a passion for Christ, they went into the ministry in 1968. She stood beside and supported Jimmie, no matter where they went to minister. She was the pianist and would also sing alongside him, with one of their favorites, Follow Me. Wherever they went, no matter how hard things were, her faithfulness never wavered.

When Boeing had their big layoff in 1971, they headed to California for the prospects of a job, with Jim landing a job working the canneries as an electrician. They were associate pastors at San Andres, pioneered a church in Elk Grove, and took over as pastors in Madison. During this time, they had 3 more children; Debra, Cindy and Sandra.

In 1981, they relocated back up to Washington and served as intern pastor in Enumclaw and Ellensburg before settling in Waitsburg, December 4, 1983 becoming the pastor of Waitsburg Chapel, Pentecostal Church of God.

As the family didn't always have great riches, Nancy instilled the value of gardening and food preservation / canning, as both a wholesome food source as well as a way of having produce year around. Every summer, you would see the kitchen filled with items that needed processed, including this last summer of 22 quarts of cherries, green beans, corn, tomatoes, carrots, peaches, nectarines and meat; all of which will continue for future generations to learn and enjoy.

To help support the family, Nancy held various jobs including selling Avon and was an in-home health care provider. Her love of Avon provided her an avenue to get to know her customers, on a personal level, plus fill their own home with various goods.

She had a passion for many things. She loved the outdoors; camping, hiking, going on mountain drives or escapes and picnics to the river. She also loved crocheting, knitting, needle point, and sewing, instilling these passions and skills to her own children. The last several years, she loved to complete puzzles whether picture or word. Her collection of Guidepost novels and cookbooks highlighted her love of reading.

She witnessed and celebrated her children's accomplishment's including all of them graduating from various colleges or universities, something she was proud of as this was a first for the family. She loved seeing each grandchild doing their best, that is all that was ever asked. After life challenges, they welcomed Timothy, William and Sarah into their home raising them the best they could.

No matter what came at the family; flood, fire, or famine, she stayed committed and faithful. When times were hard, you would find her at the piano, playing and in prayer.

January 28th, 2022, Nancy was diagnosed with Brain Cancer. She began treatment of radiation but succumbed to complications from the side effects at home, March 5, 2022.

She was proceeded in death by her parents May & Eugene Pease, brother Arthur Pease, Son in Law Ricky Brooks and Granddaughter Michelle Clayton.

A celebration of her life will be held at 11:00 AM, March 21, 2022 at the Waitsburg Christian Church with internment following at Waitsburg City Cemetery. Refreshments / lunch served after.