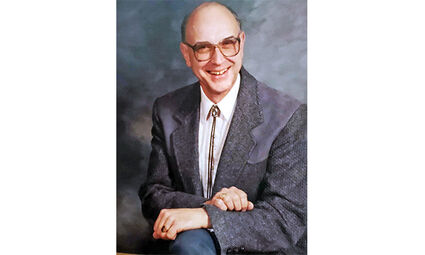 Byron Gene Kaczmarski, 75, of Dayton, Washington, passed away December 19, 2021, at Brookdale Assisted Living in College Place, Washington. Byron was born December 31, 1945, in Pettibone, North Dakota, to James & Irene (Aichele) Kaczmarski. He grew up and attended school in Pettibone and, following high school graduation, attended the University of North Dakota, where he received his MBA degree in Accounting. Byron moved to Portland, Oregon, where he began his career with Haskins and Sells accounting and later with the United Way. Byron moved to Montana, living in Missoula for a time where he met Dave Frame, who invited him to work for American Energy, Inc., in Dayton, Washington. It was then that Byron moved to Dayton, where he has made his home since. Byron married Holly Anderson in Dayton at Redeemer Lutheran Church on June 12, 1999. Byron enjoyed the outdoors, especially fishing, hunting, and trap shooting. He also enjoyed art, especially paintings that friends and family made. Byron was a member of the Redeemer Lutheran Church in Dayton as well as the Dayton Lions Club, serving as Treasurer for many years. He is survived by his wife Holly at the Dayton home and a brother Wally (Mary) Kaczmarski. The memorial service will be planned for February of 2022 in Dayton. Hubbard Rogg Chapel has been entrusted with arrangements.