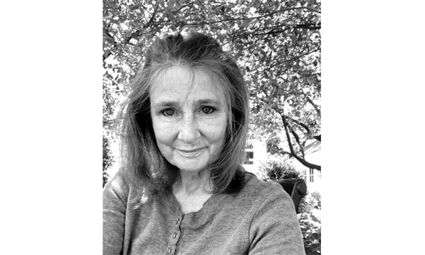 WAITSBURG-The Waitsburg City Council met for a regular meeting on November 17, at 7 p.m.

During the public comment portion, resident Joy Smith thanked the council for all their work during their terms.

The council held a public hearing regarding the city's property taxes. City Administrator Randy Hinchliffe said the city property tax base was assessed at $78 million last year. That figure jumped to a $90 million valuation this year due to new housing builds and sales. The city currently collects $2.80/$1,000. He said that the city should expect a rate of $1.81/$1,000 in 2022. The rate is lower, though the total amount to the city could be higher with the increased assessed value. Hinchliffe recommended not increasing the levy rate this year.

The council accepted Resolution 2021-738 regarding the Property Tax Levy. According to a form from the Department of Revenue, the City of Waitsburg will have a levy increase of 0%.

Hinchliffe gave a budget update, reporting the council held a special budget workshop a couple of weeks before the council meeting. He said that not much has changed in the budget since it was presented last month. The city has been awarded a $30,000 ARPA allocation from Walla Walla County for GIS mapping of the water and sewer system. Retail taxes continue to increase year after year, and the utility tax will remain in effect to cover flood-related work.

Business license revenue is expected to increase. According to Hinchliffe, the real-estate excise tax continues to increase year after year, as more property is bought and sold within the city. He said he expects an unfortunate increase in cemetery fees.

Marie Gagnon provided an update from the Weller Public Library. A large cement pad has been poured at the back of the library, preparing the area for a wheelchair lift to provide ADA-compliant accessibility. She said volunteers gathered on the Sunday prior to the last meeting to clean the inside and repair the book drop at the front of the library.

Gagnon said that the Board of Trustees would like to see wiring redone in the bathroom, so it is not so dark. She requested a larger budget for the wiring project. The library was given a budget of $500.

She reported the wheelchair lift would cost upwards of $30,000. She said that the sales representative informed her that costs would go up 12% in the upcoming year. The library board plans to install the lift in January, and Gagnon asked the city council to consider covering the amount of the increase.

Fundraising efforts for the library included The Monster Mash Bingo event, which raised $2,000 on October 30. The Friends of the Library continue searching and applying for grants.

Last month, the council started the process to surplus the current City Hall, at 147 Main, following the purchase of the former Limagrain building, at 106 Main. Hinchliffe said that the building appraisal came in at $205,000. The bidding process for that building will open in December.

Joseph Roberts, an owner of the Royal Block, asked if the city could only accept the highest bid or would the buyers use be considered. Hinchliffe replied that the bid structure is simple for the surplus, and the accepted bidder's use will have to fall within the building's zoning. Subsequent plans are subject to approval or rejection from the Planning Commission. He also noted that there are historical restrictions on the building.

Councilmember Karen Gregutt clarified that Item 3 on the surplus resolution, which states: The City Council will review and accept or reject bids for the building at the December 2021 City Council meeting and proceed with negotiations with the highest bidder on the sale of the building but reserving unto itself the right to reject all bids when the Council, at its discretion, finds that to be in the best interest of the city.

This brought up a discussion of the city's real estate policy, with city attorney Jared Hawkins weighing in. Hawkins said it would need to be stated in the bid request that the council could consider best interest to the city over price. However, the current surplus resolution reflects the city's real estate policy which is more restrictive. Gregutt suggested that the city continue to move forward on the building's surplus after amending the policy and the resolution so the sale would not be based solely on the highest bid.

"Money is the least of it," Gregutt said. "I want to look at all the bids and make sure that we are treating that (building) with respect."

Gregutt moved to table the surplus until the council can review and adjust the policy. The council voted in favor of tabling the surplus.

This conversation continued during the discussion on the surplus of the lot on Main Street. Three bids were received for the property between the former Anchor Bar and Whoop'emUp Cafe. One bid was below the acceptable margin, one bid was at the appraised value of $24,000, and one bid came in at $30,000.

The two acceptable bids were from the new owners of businesses on either side of the lot. The person who submitted the $24,000 bid, Tom Bennett, had approached the council several times over the past couple of months with interest in buying or leasing the property. Bennett purchased the adjacent building, which had been home to the Anchor Bar, and is remodeling the space to open a new restaurant in the Spring. Ownership of the lot would provide outdoor seating and other access for the business.

The council asked the city's attorney what their options were under the current policy. They were told they could reject all bids, table the selection until the next meeting or accept the highest bid. The council rejected all bids and tabled the surplus of the property until they could revise the policy and speak with legal counsel. There was concern from the councilmembers that the two surplus properties be treated consistently.

The council approved the second payment for the Millrace Grade Improvement project, which Hinchliffe explained would cover the 'bulk' of the work. He said an AgLink truck damaged a concrete sidewalk panel recently, and the city is working with that company to fix it. Councilmembers suggested that a post or marker be installed to prevent damage in the future.

Hinchliffe presented the council with a resolution to reinstate the Transportation Benefit District on the February 2022 ballot. If voted in, the TBD will authorize a sales and use tax to be imposed within the district on all taxable retail sales and uses. The tax would be up to 2/10 of a percent for the purpose of financing all or a portion of the costs associated with transportation improvements in the districts.

TBDs are in effect for ten years and can be reinstated once. Hinchliffe explained that the TBD authorized by the city in 2012 covered most of the cost for the sidewalk improvement projects completed within the last two years. The council approved the TBD reauthorization.

A budget amendment was presented to the council. Amendments were made in the Current Expense Fund, the Promotion Fund, the Municipal Capital Improvements Fund, and Water and Sewer,

Hinchliffe said the flood season typically starts in November and runs through March. A flow chart of flood response responsibilities for the city was discussed. This information is temporarily available to view online in the meeting's packet. According to the document, the National Weather Service will issue weather warnings to Walla Walla County Emergency Management (WWCEM) related to a possible flooding event. WWCEM will then inform the City of Waitsburg (Mayor, City Administrator, or Public Works Director) via phone and email. The Public Works Director will then increase flood watch, including gauge monitoring at preset points along both the Touchet and Coppei Rivers. If the water levels are rising at more than two feet per hour, with increased flow rates expected, the public works director will then inform the mayor and the administrator of imminent flooding.

The mayor will then convene the city council to proclaim a local proclamation of emergency in accordance with RCW 35.33.081. There are two separate pathways to prepare, based on which river is expected to flood.

The city's responsibility is to protect city-owned property and infrastructure. Hinchliffe said the city siren would be tested the following Friday for use in alerting residents of imminent flooding.

Councilmember Jillian Henze thanked Kate Hockersmith for four years of service on the Community Health and Protection Committee (CHPC). Hockersmith was instrumental in raising flood awareness in the city while she was on city council and as chair of the CHPC. Under her leadership, volunteers were given training to help provide an effective crisis response during last year's flooding event. Henze said she would be taking over as chair.

Councilmember Jim Romine asked if the streets could be swept early in the morning before cars start to park along Main Street.

The Council adjourned after a brief report from Hinchliffe.