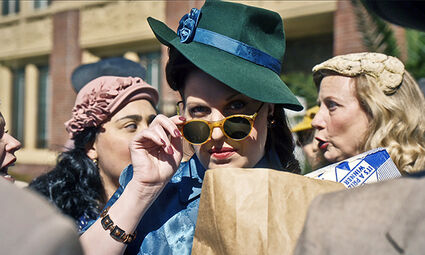 I first ran across this series while scrolling for something to watch this fall. I assumed Why Women Kill was a reality show about murderesses. I wasn't interested. However, after a recommendation from my brother-in-law, I decided to give it a try. Luckily it is not a reality show but fiction and scripted.

The series is a darkly comedic drama, reminiscent of the 1955-65 television show Alfred Hitchcock Presents. It has plenty of murderers. Some kill by accident and some very deliberately. Not all are women, there is at least one murdering man. Some are even a little sympathetic.