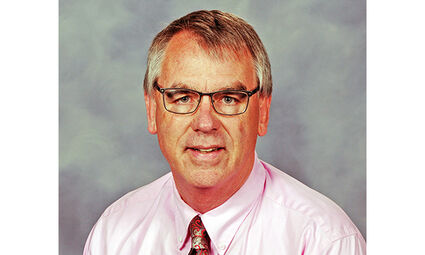 DAYTON – The Dayton School Board met for a work session at 6 p.m. on October 6, entirely online using Zoom. Including the school board members, about 22 people participated in the Zoom meeting. The meeting opened with the Pledge of Allegiance.

Superintendent Strot began with a brief discussion of his plan to share substitute teachers between the Dayton, Prescott, and Waitsburg school districts in an attempt to ameliorate the shortage of substitutes.

Next, Strot moved on to a discussion of revising the Dayton School District's Strategic Plan. He began by talking about improving communication with the community by providing a monthly parent newsletter, quarterly community newsletter, and monthly community forums, which will be listening sessions with the Superintendent for students, staff, parents, and community members. Strot also plans to contact all the students who have "choiced out" of the Dayton School District and later present his findings from those interviews to the board.

At this point, the board is just starting to look at the project task of developing a strategic plan with input from the staff, students, community, and elementary and secondary school principals.

The discussion included establishing a foundation, or four pillars, such as Communications, Trust, Leadership, and Behavior.

Revising the district's mission and vision statements will be discussed at the next meeting.

It was decided that the board should determine what will appear on the data dashboard used to inform the public on the progress or lack of progress the district is making. Possible items for the data dashboard include SBAC test results, Star or iReady diagnostic tests, and graduation rates, for example.

Lastly, developing measurable goals to include within the Strategic Plan was briefly discussed.

The second work-session topic was the vaccine mandate. Dayton has some personnel who are outsourced through ESD 123 and ESD 112 (Educational Services District), all of which have either been vaccinated or applied for exemptions. Of the locally hired staff (not including volunteers, substitute teachers, or coaches), 68 of 70 have been vaccinated or have an approved exemption form. Including all employees, of which there are 90, two have not decided their course of action yet.

Board member Fred White asked who sees and approves the exemption forms. Superintendent Strot said that only he sees the forms and only he approves them. Strot had met with the Superintendents from Pomeroy, Waitsburg, and Prescott and standardized the accommodations for those employees with religious or medical exemptions to the vaccine.

The meeting then turned to action items during which Dayton's substitute teacher pay rate was increased from $140 to $150 per day to match Waitsburg's rate while still being less than Pomeroy and Walla Walla.

The Board approved the appointment of Madison Richardson as a non-voting student member of the School Board.

The Board approved the adoption of the new History and Social Studies curriculum for Dayton Secondary School.

The Board approved the hiring of Tracy Pearson as the Athletics Site Manager, which is a new position. Board member Dave Bailey wanted further discussion on this hiring as it is a new position. Sam Korslund, the Athletic Director, explained that he is often faced with simultaneous middle and high school athletic events or practice in both Waitsburg and Dayton and was unable to manage the events in both places by himself. The Site Manager is needed to do the setup, break down, and manage the events at locations where the Athletic Director cannot attend due to scheduling conflicts. It is a paid position at $1900 per season, the cost to be shared between Dayton and Waitsburg. The position would be re-evaluated after each sports season. The Board approved the position by voice vote for fall sports only.

The next agenda item was to approve the sports combine by-laws produced by the Combine Working Committee. The Combine Committee had not been holding meetings open to the public. Dave Bailey questioned whether the Committee meetings were exempt from the Open Meeting Act and asked for a legal opinion before the Board votes on the matter. Approval of the by-laws was removed from the agenda until such a legal opinion from the district's lawyer could be provided. Board member Fred White expressed a concern that the Committee had been approving items that should require School Board approval. The Combine Committee has not held any meetings in over a year.

During public comments, a public member commended the Board on discussions of issues on the evening's agenda, resulting in the person feeling better informed. They also expressed a hope that good tracking tools would be provided as the strategic plan is implemented to ensure items 'do not fall through the cracks.' The commenter also suggested standardized exit interview forms to provide data from exiting employees.

The public portion of the board meeting closed at 7:05 p.m. to go into an executive session.