By Alexandra Fitzgerald
The Times 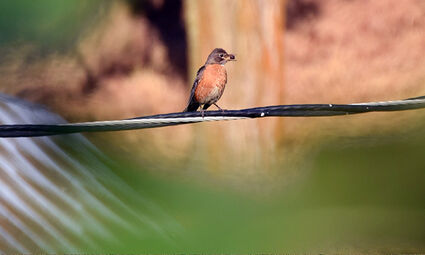 The lone robin caught in a garden photograph, with a nearly ripe blueberry in its beak.

We've been lucky so far and have dodged any potential early frosts. On the first of September, it got down to 34 degrees at our house. Yes, you read that right. We managed to squeak by and have since had only one other night in the thirties.

I've been dutifully harvesting the tomatoes that have all finally started to ripen. Better late than never! Since mostly giving up on the garden for the year (I know, shame on me), I'm not super worried about prolonging the season. I'll glean the tomatoes, stash a few to ripen slowly, and collect my bounty of spaghetti squash from the vining jungle in...