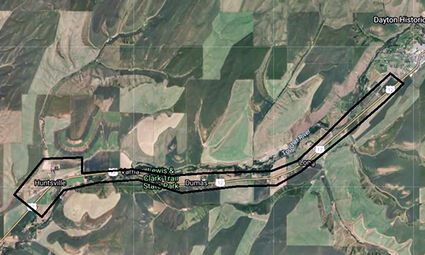 Map of an eventual expansion to the broadband project.

DAYTON-The Port of Columbia Commissioners met for a regular meeting on September 8 via Zoom.

The Commissioners appointed Shawn Brown as chairman, filling the position left by the late Earle Marvin.

"I want to reiterate that I so much appreciate Commissioner Marvin's service to the Port, and I have his wife and family in my prayers as they move forward through this difficult time," Brown said.

Port of Columbia Executive Director Jennie Dickinson said that she reached out to Commissioner Marvin's family on behalf of the Port. She shared that there is no service planned at this time due to...