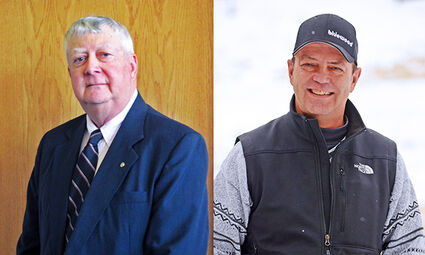 The Port of Columbia announced the unexpected passing of Commissioner Earle Marvin on September 1, 2021. Marvin passed away on August 30 at a hospital in Portland after undergoing emergency surgery for a broken leg.

A background in Air Force and private sector engineering gave Marvin a solid ability to review and provide input on construction drawings and contracts required in much of the Port's work. Commissioner Marvin always encouraged his fellow commissioners to attend training and conferences sponsored by the Washington Public Ports Association to learn as much as they could about how Ports operate lawfully and efficiently.

"Our thoughts and prayers are with Commissioner Marvin's family in this time of grief," stated Port Commissioner Shawn Brown. "We appreciate his long and dedicated service to the Port of Columbia."

Ski Bluewood announced on Tuesday, August 31, that Kim Clark, the resort's general manager, passed away suddenly while on the mountain.

In a statement to The Times, the Dayton ski resort passed on the sad news that Clark had suffered an apparent heart attack while on the mountain, and significant rescue efforts were unsuccessful.

"Kim passed away doing what he loved, with people he loved, on the mountain he loved," the post said. "We are all heartbroken and in shock. We appreciate your thoughts and prayers during this time, especially for Kim's wife, Tracy, and the rest of his family, friends, and colleagues."

In the more than six years since taking over management, Clark applied his years of ski resort knowledge to improve the local resort by revamping yurts for lift operators, restructuring rentals and ticketing, and taking on a $4.5 million improvement project. The project includes bringing a snow-making machine to the mountain, installing new and enhanced ski lifts, and a robust generator system.

He will be remembered by those who knew him personally and those who will know him through the many thoughtful things he accomplished.