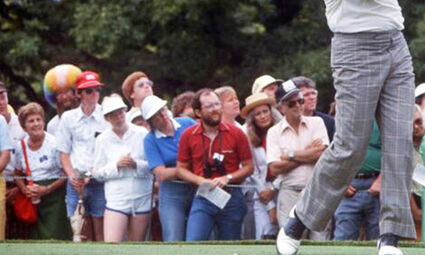 Rollen can be spotted in the crowds at baseball games, golf tournaments, football games, the Royal wedding of Charles and Diana, the Olympics, and other televised events.

Rollen Stewart was born in 1944 and grew up in Spokane, Washington. He had a difficult childhood, losing both parents before he was fifteen. As a young adult, he was interested in drag racing and owned an auto repair shop. Eventually, he sold the auto shop and became a marijuana farmer. At this time, he set himself the unrealized goal of growing the world's largest mustache.

In 1977, Stewart got on camera for the first time at the NBA finals in Portland, Oregon. Hooked on being in the spotlight, he sold his pot farm and moved to California to become a star. In the years that followed, he sh...