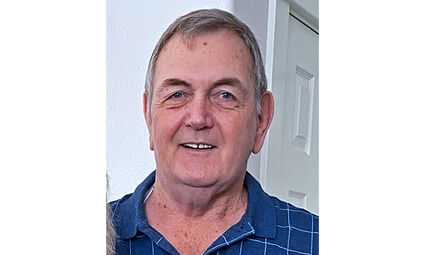 On Sunday, May 23, 2021 (Donald) Gregory Davis, loving husband, father, grandfather, brother, and friend, passed away at the age of 72 at Holy Family Hospital in Spokane, WA due to complications from Covid-19.

Greg was born on May 30, 1948 in Sandpoint, ID to Bill and Mary (Jeppsen) Davis. He spent most of his childhood in Chewelah, WA before moving to Dayton with his family. Greg married at 16 years old and welcomed two daughters, Darla and Debbie. On March 14, 1970 he married the love of his life, Vicki Lynn Gallaher. Together they raised twin daughters, Sheila and Shelli, and one son, Jacob. He loved his family, and his kids turned to him for everything, whether it be advice, to fix something, to build something, or to just listen.

Greg loved to work, and he worked hard to support his family. He had many different jobs in his lifetime. He worked construction, drove parts truck, owned an auto parts store, did some brush cutting on the Olympic Peninsula, but his passion was driving his trucks. No matter what venture he went on to do next, he always went back to trucking. Greg owned and operated Greg Davis Trucking, Inc. up until his death.

Greg's Christian faith was an essential part of his life. He went on a couple of missions to Mexico to help build homes and shelters for women and children, and he loved his Sunday gatherings at the Patton home where they met for worship and fellowship.