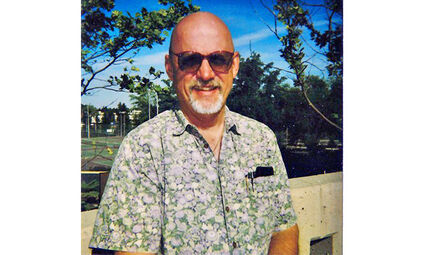 Roy Wesley Leid, Jr. was born in Walla Walla, WA to Roy W. and Patricia Hirsch Leid on May 25, 1945. His parents preceded him in death.

He attended twelve years of school at Waitsburg and two partial years in Pullman, WA, graduating from WHS in 1963. He was a 4-year letterman and attended the state track meet as a senior. After graduation, Wes attended Whitworth College playing football his freshman year. He transferred to Central Washington (College) University in the spring of his sophomore year to play football. He married his high school sweetheart, Katherine Anne Mantz on August 20, 1966. She joined him and supported him in all the adventures that followed.

Wes graduated from CWU with a Bachelor of Arts in Biology in 1968, and a Master of Science in 1970. He was awarded a Special Achievement for significant contribution in profession and community from CWU in 1990. He graduated from Michigan State University with a Doctor of Philosophy in Microbiology and Public Health in 1973. He was a Research Fellow at Harvard University from 1973-1976 and served as a Research Associate and an Instructor of Medicine from 1976-1977.

Wes joined the faculty of Veterinary Medicine at Michigan State University in 1977 conducting research and training students. He accepted a position at Washington State University in 1980 in the College of Veterinary Medicine. During his first sabbatical leave (1991-1992) he was a Boerhaave Professor at Leiden University, Leiden, The Netherlands, working in Nephrology. Wes and Katie both came to love The Netherlands and cherished friendships formed there.

Upon returning to WSU, Wes moved to the Department of Animal Sciences teaching and conducting research. He was appointed Interim Vice Provost of Research in October of 1997. In 1999 -2000 Wes again took a sabbatical leave to work at Leiden University in the same lab. In 2001 Wes moved to the Honors College and was the Senior Thesis Advisor as well as teaching honors courses until his retirement in 2007.

While a professor at WSU, Wes served eighteen years on the Whitman County Fire Department. He was the only professor serving during this time.

During the course of Wes's academic career, he published over 100 scientific articles. He always considered Waitsburg his home, and together with other WHS Alumni, started a WHS Alumni Scholarship fund through Blue Mountain Community Foundation. At the time of his passing, the WHS Alumni Association has raised enough money to sustain the fund granting four Alumni $1,000 scholarships each year.

Wes and Katie moved to Dayton, WA in 2003 where they have remained until Wes's passing. Wes served on the Planning Commission and the Columbia County Hospital Board. He attended the First Congregational UCC Church with Katie to sing in the church choir, but considered himself to be Jewish.