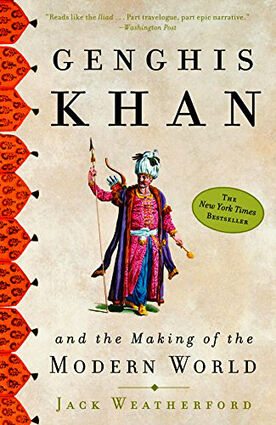 Though this best-selling book was published in 2005, I didn't read it until 2009. Before then, my reading material rarely included invading empire-building conquerors. This was before Game of Thrones (GOT), both the books and HBO series, became an addiction in my household.

What little I had learned about Genghis Khan was that he was a violent and ruthless invader, on horseback, wearing fabulous fur fashion. I especially loved the hats. It turns out there was much more to the man than brutal empire building.