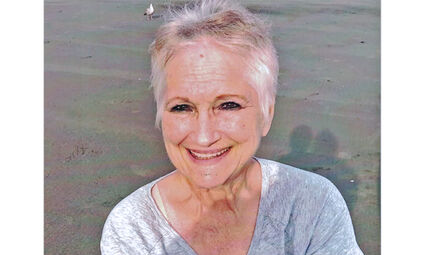 Pamela Rose Battershell went home to Heaven on January 14, 2021, surrounded by the love of her family after battling pancreatic cancer. She was born to Alvira and Archie Shilling on August 2, 1951, in Portland, Oregon. She was the oldest of 9 children born to Alvira.

Pam married Vern Denison in 1967, they later divorced. She then met and married her soulmate Frank Battershell. Together they raised their four children and enjoyed the outdoors, especially the beach. After the death of her husband, Frank, Pam moved to Waitsburg, WA, and resided there until her death.

Pam worked primarily in the healthcare field as a Certified Nurses Aid until an injury forced her into early retirement. After her retirement, she worked as a foster parent for the State of Washington.

Known to many simply as Nana, Pam was born to be a caregiver, starting with her siblings (some of them well into their adult life). She had a hand in raising four biological children, one adopted daughter, nine grandchildren, five great-grandchildren, numerous adopted-in-her-heart children, and she fostered countless others. She had a huge heart and a spirit for service. Pam showed her love for others with food. She was a frequent contributor to the food bank and would cook and bake for those she loved or needed.

Pam loved children and laughing. Nothing brought her greater joy than spending time with her grandchildren and great-grandchildren. Her eyes would light up with joy as she watched their antics. Many times, she would be the instigator of their pranks and profess her innocence if confronted about her misdeeds. Although she would never admit it, she also loved her grand dogs, sneaking them pats and snacks when she thought no one was looking.