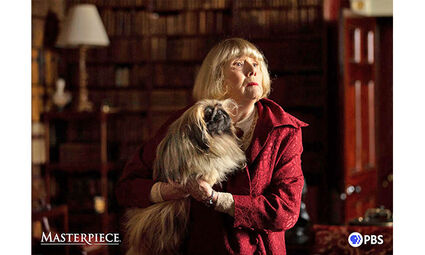 Diana Rigg plays an over the top dog lover who enlists "Harriet" as her beloved Pekinese, Tricky Woo's, personal physician.

This series may feel familiar; there was a long-running British series of the same name from 1978 to 1990. The new series has just been picked up for a second season and is currently streaming season one on PBS and the BBC.

The story follows the adventures of James Herriot, a veterinarian in 1930s Yorkshire. It is based on the books by British veterinary surgeon Alf Wright, who wrote under the pen name James Herriot.

In the first episode, we meet the main cast of characters led by Nicholas Ralph as James Herriot. The 1930s was a difficul...