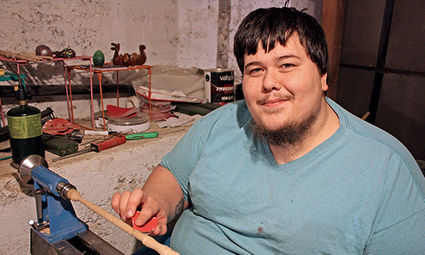 2020 has taught us how to make lemonade out of lemons. Jon Rampey, a newcomer to Dayton, makes art using this philosophy of resourcefulness.

"Creating something is better than buying it," he said.

Like many of his generation, 27-year-old Rampey loves the Harry Potter universe and knows nearly everything about it. Years ago, he decided he must have his own sorcerer's wand like Professor Dumbledore's. Wands being a bit pricy, he decided to carve his own.

In 2009 he made his first full-sized wand from a stick using a carpenter's knife. Getting a taste for wand-making, he...