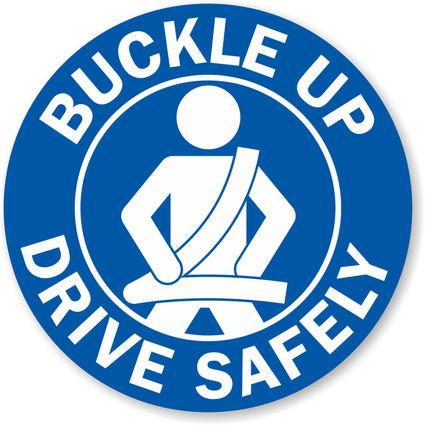 OLYMPIA—The Washington Traffic Safety Commission (WTSC) has announced a new campaign targeting a small group of drivers: Those who refuse to wear seatbelts.

The campaign began on social media, on the radio, and at select locations on November 16, 2020.

“Washington has a success story to tell when it comes to seat belts,” says Shelly Baldwin, WTSC legislative and media director. “More than 93 percent of Washingtonians buckle up. Most of us know that wearing a seat belt improves your chances of surviving a crash by 45 percent. But despite our high seat belt use rate, 20 percent of people who died on Washington’s roads last year were not wearing their seat belts. That’s too many. And we can do something about it.”

Of that 20 percent, 69 percent of unrestrained fatality victims were young males. The most common age range was 21-25 years old, followed closely by the 36-40 years old range. The new campaign is primarily targeting male drivers, who WTSC are calling ‘seatbelt holdouts.'

Washington Traffic Safety Commission will be running their message on a range of social media platforms, including Snapchat, Instagram, YouTube, and Hulu. The videos feature an array of people asking you to be safer and sharing their reasons for buckling up and being safe. Using influential figures, like an artist or a mother of a teenage son, the videos hope to strike emotional chords with viewers.

“The ads appeal to our shared desire for safety,” Baldwin said. “Just as we practice physical distancing, wear masks, and wash our hands frequently, we wear seat belts because safety matters. At this time, when we are focused on keeping each other safe, it’s the perfect time to remind everyone that safety also means buckling up.”

Baldwin offered three steps you can take as a passenger, parent, or friend to encourage drivers to buckle up.

• Discuss- speak with family members, especially young drivers, about the importance of seatbelt use

• Advocate- say something when you see someone without a seatbelt

“Safety matters to Washingtonians,” said Baldwin. “That’s what gives us hope that we can reach those not buckling up now. The new ad campaign shares that hope, and we invite everyone to encourage seat belt safety with the people they care about.”