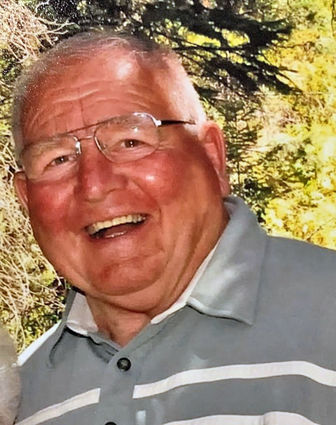 Thomas Earl Groom, Jr., fondly known as Bud, went to his cabin in Glory Land, Thursday, October 8, 2020 with his family by his side. Bud resided at Booker Rest Home due to difficulties caused by Lewy Body Dementia.

Bud was born in Dayton, Washington on September 6, 1937 to Thomas Earl Groom, Sr. and Thelma Bessie Witt Groom, the fourth of ten children. Bud attended schools in Huntsville and Dayton, graduating from Dayton High School with the Class of 1955. He briefly attended Washington State University and then joined the United States Marine Corps, serving his country from 1956-1958. On August 6, 1961, Bud married his classmate and greatest love, Marilyn Fletcher. They were blessed with six children. Bud worked at Steve's Grocery and Round Up Grocery before beginning a 34-year career with Columbia REA, retiring in January 2000.

One was never a stranger to Bud for long: he loved people. He was a loving and caring son, brother, husband, father, grandpa, and Uncle Bud to many. His greatest joys were spending time with his family and friends in the mountains or sharing a meal at their country home. Bud lived his life serving the Lord and encouraging others to do the same. He was a dedicated member of the United Brethren Church.

Due to COVID-19, there will be NO service. If you choose, memorial contributions may be made to the DHS Alumni Association, the United Brethren Church, or a charity of your choice.

Bud would say, "Heaven is a wonderful place, hope to see you there!"