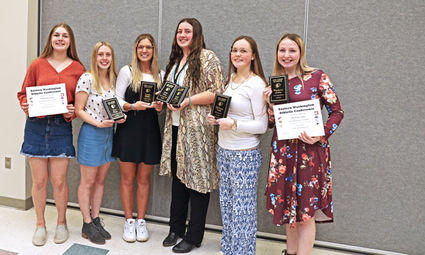 Thursday's Dayton-Waitsburg Winter Awards Banquet had a bittersweet atmosphere, while laughter rang out throughout the Waitsburg Elementary's multipurpose room there was also the realization that this might be the last athletic celebration for D-W for some time.

It was shortly after this meeting that word got out that Walla Walla and College Place had shut down athletic events and then on Friday, March 13, Governor Inslee announced that Washington State schools will close for six weeks, preventing senior athletes from competing in spring sports one last time.

The awards night began by recog...