10 Recipes that defined the decade 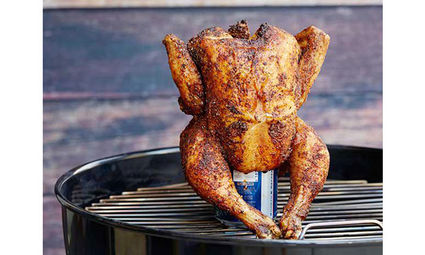 MY NOTES: I thought this was interesting. It was copied and pasted from All-Recipes.com, in a slide-show that came to my inbox. It was written by Mary Claire Lagroue. Recipes mentioned can be found on All-Recipes.com.

2010 Beer Can Chicken-It’s the dawn of the decade. Apple has unveiled the iPad. Time Magazine has named Mark Zuckerberg person of the year. We listen to Ke$ha’s Tik Tok a bit too much. And it seems we’re “getting crunk” in the kitchen, too, because we’re stuffing whole chickens with beer cans. Home cooks flocked to Beer Can Chicken, a recipe that uses this vertical technique for barbecuing ultra flavorful, moist chicken.—2010

2012 Zesty Quinoa Salad- Welcome to 2012. Gangnam Style goes viral. The Twilight series ends as The Hunger Games franchise begins. We’re divided over Obama vs. Romney and Peeta vs. Gale (see Hunger Games), but we all agree on quinoa. Our light, citrusy Zesty Quinoa Salad happens to be vegan, but omnivores rave about it, too.

2015 Easy Garlic Kale-We’re halfway through the 2010s, and The Dress soon becomes the debate of the decade. (Blue and black? White and gold? HOW?) Star Wars returns to the big screens, and we’re not sure how we feel about it. We are sure, however, that we need to eat more kale. Easy Garlic Kale calls for just three ingredients, but it’s simple and flavorful enough to convert the skeptics.

2019 Air Fryer Frittata- Welcome to 2019. We’re on the cusp of a new decade, but the 2010s won’t end without a bang. A telescope captures an image of a black hole for the first time ever. Notre Dame Cathedral catches fire. James Holzhauer dominates Jeopardy with record winnings. White Claw sets the tone for summer. People plan to raid Area 51. (It’s anti-climatic.) Much more exciting: The fact that we’re cooking entire meals in our air fryers. Our fluffy, flavorful Air Fryer Frittata couldn’t be easier to whip up. If this is the future, we’re here for it.