My First Year in Waitsburg

Or what the heck was I thinking? 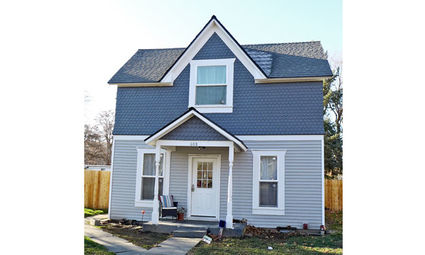 About 3 years ago, I announced to my friends that I was planning my farewell to Los Angeles to move to Waitsburg. Obviously, the first question was, "where?" I explained, it's a bedroom community of Walla Walla, and of course, who hasn't heard of Walla Walla? Evidently my friends hadn't. Their faces had that look of "what the heck are you thinking?" followed by a blank stare, and then, they regrouped and asked, "Aren't you going to miss the sun? Doesn't it rain all the time there?" Hey guys, Seattle isn't the only city in Washington!

I explained haughtily, as though I was relocating to Paris, France, "it's wine country!" I gave them the Chamber of Commerce lowdown; Waitsburg may be small, but it is mighty! Near enough to Walla Walla to enjoy wine tastings, Macy's, tennis, and a wonderful Symphony Orchestra. And, you can drive 20 miles in 20 minutes, or less. NO TRAFFIC!!

Although I've owned this house over 15 years, my official relocation journey began in June of 2018, when a friend of mine and I took a vacation that started in Willamette Valley, followed by a drive to Walla Walla for the Merlot festival. We stopped drinking long enough to check out my house here, and meet with a contractor to discuss updates, changes and renovations I wanted to make before I moved in. He gave me a "ballpark" number to consider for the work, and I was elated. I'm not sure what he was smoking, but then he disappeared, and his numbers turned out be laughable.

I thought I was sunk. But I bravely returned in November to meet with other contractors. Feeling a little deflated, I waited for contractor meetings in Ten Ton Coffee shop, and it was there all good things began. I met Lane, Joe & Gail, Karen, Bill Rodgers, Luke & John, Richard, all had ideas, contractor contacts, renovation stories, successes, nightmares, and valuable advice. My anxiety faded into optimism. My mood swings during the remodeling are like the renovations themselves, mercurial. Renovating an old house is not something I ever want to do again.

Decking, landscaping, attic, kitchen, and getting the toilet back to level are high priorities, but I do have heat!

However, as wonderful as Waitsburg is, I must admit, there have been some adjustments. This time of year, I frequently feel like I've been caught in the movie Brigadoon when driving on the 12. Dixie, Walla Walla and Waitsburg appear through the fog in a blink. I cross my fingers that I don't hit a rooster in Dixie, or a deer anywhere it wants to plant itself on the road. I'm usually a polite driver, I yield to pedestrians, but granting right of way to 40 turkeys crossing in front of me at 7th & Arnold, is getting old. 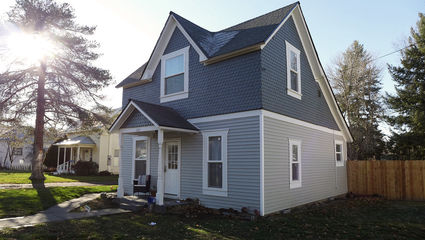 I miss sushi! I've tried some places here, but sorry, It's just better in Los Angeles. I miss Chinese food and the variety of ethnic restaurants. I miss my tennis friends and all the tennis I played in LA.

But I don't feel sorry for myself; those are minor losses compared to what I have gained. Driving through the wheat fields is awesome, the colors change daily, and they give a new meaning to earth tones. I'm enjoying the wonderful wine, and the most friendly, open, generous, unpretentious friends I could ever imagine, even if they're not tennis players.