Guilty verdicts reached in the case of the State of Washington vs. Benjamin Orozco 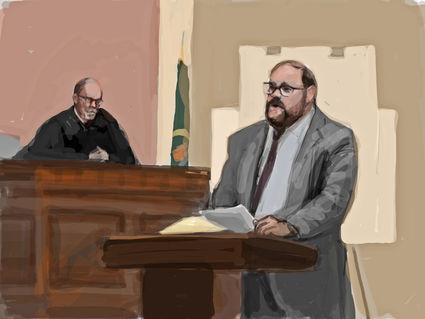 DAYTON-"It's been a long time coming," said Ed Terry last Friday, when a jury returned verdicts of "guilty" to all three charges in the Benjamin Orozco case.

Orozco has been charged with second degree murder of Ed Terry's son, Lance, first degree assault of David Eaton, and unlawful possession of a firearm in a shooting that took place in Columbia County, on July 7, 1996.

Terry's father said every human has his doubts, but he had faith that Orozco would be brought to justice.

Lance Terry's mother, Sue Gallatin, said, "I'm grateful. I'm glad it's over. There was a lot of hard work to make i...