By Dena Martin
THE TIMES

Several locals have participated in the 18-month leadership program 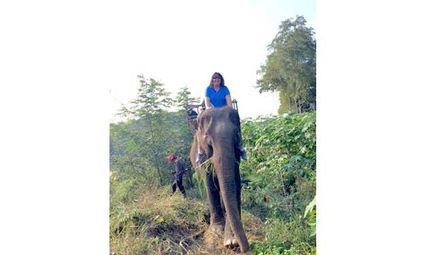 Melissa Hansen rides an elephant during a trip to Thailand and Laos as part of the AgForestry Leadership Class 37 in 2016. She described the international seminar as "life altering."

Washington State-Applications are being accepted for the AgForestry Leadership Class 42 now through April 30. The 18-month program consists of 11 seminars throughout Washington State, one week learning about national government in Washington D.C. and two weeks exploring trade, culture and government in a foreign country.

More than 1,100 leaders in agriculture forestry, fisheries and natural resources have experienced the leadership development since 1978. Several locals have participated in the program including Melissa Hansen, Dan McKinley, Norm Hansen, Pat McConnell and Lori Stonecipher....