A Day at The Club in pictures

New after school program has 119 members 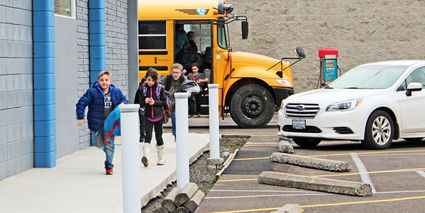 Forty eager students arrived at The Club on Jan. 29, for an afternoon of fun.

DAYTON-This school year has been a learning curve year for the staff at The Club, Dayton's new after school program.

Director Jim Pearson said some of the loftier goals originally set by the staff have been amended in order to spend more time on students' social and emotional skills.

"We're learning a lot," said Pearson. "We've had to reevaluate our structure."

Pearson said by the time the students get to The Club, they are tired of sitting and learning all day and are ready to have more free choice opportunities. 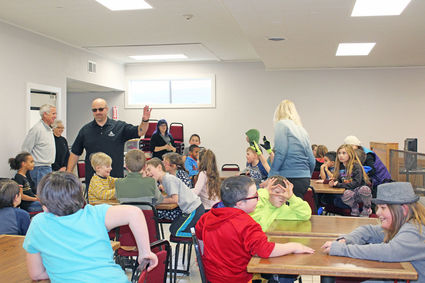 Whatever they choose to do, they are safe in the hours after school, and they get a "square meal," along with different activities, he said.

Program Founder Ginny Butler said fundraising efforts with Blue Mountain Counseling are already underway for The Club to be open all day during the summer.

The Stand Up for The Club fundraiser for the 2019-20 school year will be held on April 27, at the Fairgrounds Pavilion, she said.

The Club would not be a reality without the generosity of many donors, said Butler.

"People just show up and hand us a check," she said with a smile.

The Club opened its doors on September 4, 2018, and there are currently 119 members. Most of the students are in grades K-3, but there are a few middle schoolers, too.

Below, Times Reporter Michele Smith documents a day at The Club in photographs.