By Emma Philbrook
The Times

Johnson Resigns from Waitsburg School Board 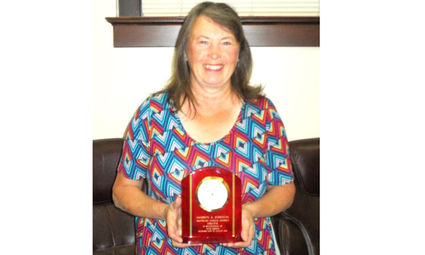 WAITSBURG-After serving for nine years, Waitsburg School Board member Marilyn Johnson has handed in her resignation.

While Johnson and new board member Lisa Morrow exchanged a few jokes about Johnson resigning as soon as Morrow was hired, correlation doesn't equal causation in this case, as Johnson had been planning to retire for some time.

"I'd like to thank you for your service to the district for the past nine years," said chairman Ross Hamann. "It's been a real pleasure having you on the board."

Johnson thanked her fellow board members for their well-wishes, saying that she was "honored" to have served.

Johnson joined the board in 2009 and served as vice-chair this year.

Like Dr. Randy Pearson, who resigned earlier this year, Johnson's departure leaves a vacancy on the board for the district to fill. But unlike Pearson's position, an at-large seat open to anyone in the district, those vying to replace Johnson must live in a specific area of town, a parcel which for the most part lies north of Preston Avenue and West Second Street. (A map of the eligibility zone is available on the home page of the district's website, waitsburgsd.org.)

Those interested in the position should submit a resume and letter of interest to jmishra@waitsburgsd.org by September 14.