By Michele Smithl
The Times

Dayton fish biologist took part in competition in Peoria, Ill. in May 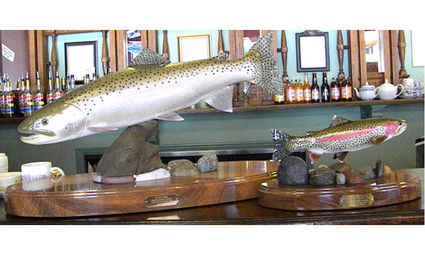 Tom Schirm's wood carvings. Schirm won second place at the World Fish Carving Championship in Peoria, Ill. for the Rainbow Trout on the right, and first place in the rainbow trout subcategory.

This artform seems to be a natural fit for Schirm, who works as a habitat biologist for the Washington Department of Fish and Wildlife as part of the local fish management team.

"I just love wildlife of any kind and...