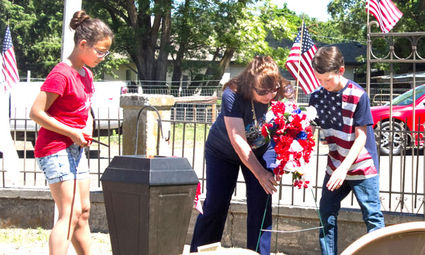 Legion Commander Ron Standring and Auxiliary President Rose Engelbrite opened the ceremony which began with a flag lowering by the Swine Swaggers 4-H group. Standring led in the Pledge of Allegiance and Pastor Matthew Wyatt provided the invocation.

Three seniors presented their winning American Legion Auxiliary essays on the theme, "How does le...