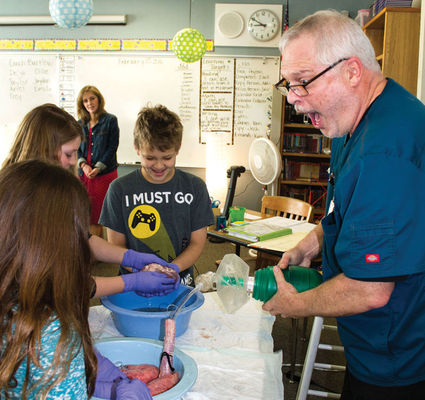 WAITSBURG – "Stick your finger right in that chamber there. Go ahead!" said Columbia County Health System Respiratory Therapist Tom Anderson to a student holding a human heart. Anderson, who is celebrating his one-year anniversary with CCHS, held Waitsburg fourth and fifth graders spellbound during a visit to their classrooms last week.

And why wouldn't he? It's not every day that a visitor shows up with an actual heart and lung that students can touch and feel. Anderson looked like he was having as much fun as the kids as he used a pump to inflate the lung a student held in her hands.