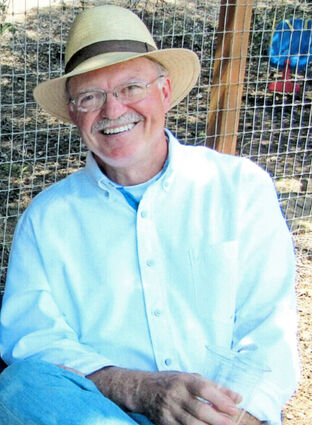 Frank Jay Reser passed on January 3, 2023, with a nail gun in his hand, doing what he loved.

Frank was born March 10, 1951, in Ritzville, Wash., to Gene and Fern Reser. They spent time in Stevensville, Mont., and Huntsville, Wash. before settling in Waitsburg, where Frank would eventually raise his own family. He graduated from Waitsburg High School in 1969 and received his teaching degree from Washington State University in 1973. He started and ended his career in education as an elementary teacher at Prescott School District, with a stint as K-12 Principal in between. He retired in 2006 but continued to substitute teach and drive a school bus for Waitsburg School District.

He was an amazing husband, father, and grandfather. At the age of 16, he started dating the love of his life and eventually married Judy on December 27, 1971. They were married for 51 years. During that time, they spent almost every waking moment together. They enjoyed working together on home improvement projects, designing and building custom furniture, bringing life back to antique furniture, and enjoying their home and cabin properties.

Frank and Judy raised three sons together. Whether it was coaching or attending sporting events, hunting, and later helping...okay doing home improvement projects, he was always happy spending time with his boys.

He loved spending time with his grandchildren. He would take them on four-wheeler rides, show them how to use his tools, and spoil them in any way he could find. He especially loved getting to see them perform. Whether it was a concert or a sporting event. He cherished any opportunity to watch them.

Though he was skilled in many areas and seemed to be able to figure out how to do just about anything, woodworking and every aspect of construction were his true passions. During his time, he built the Family Cabin, workshops, playhouses, decks, furniture, and countless other items. In addition, he enjoyed classic cars and recently restored his 1938 Chevy sedan. He was also an outdoorsman. He enjoyed fishing, hunting, camping, and even just spending time at the cabin with his family. He was a welder, an electrician, a farmer, an engineer, and even a brewer. Staying busy kept him going, and he had no shortage of projects and hobbies.

Frank was a selfless man. He always seemed to be doing something for someone else. He was involved in the community as a volunteer fireman, Waitsburg school board member, Waitsburg Historical Society member, and WHS Alumni Association member. He was always willing and happy to help the Community and Friends and Family that he loved so much.

He was preceded in death by his parents, Gene and Fern, and brother Leonard Reser.

The Reser family is starting a scholarship to honor the memory of Frank and his passion for education. If you would like to donate to his memorial scholarship, donations can be made at any Banner Bank branch under The Frank Reser Memorial Fund in care of Judy Reser.