Halloween television Review: More than one kind of vampire

"What We Do In The Shadows" 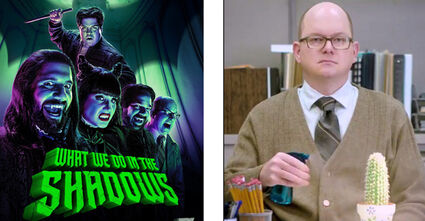 FX series "What We Do In The Shadows" follows the modern day lives of vampires just trying to make it in Staten Island. Colin Robinson is a vampire with an unusual talent.

The ghoulishly funny "What We Do In The Shadows" returned this summer with its fourth season. The television show from FX Network is also available on Hulu for streaming.

The series is a "mockumentary" thatfollows a group of ancient vampires as they navigate the modern world on Staten Island, NY.

The vampires share a dilapidated mansion and make the most of their airtime talking to the camera, posing menacingly, and generally self-aggrandizing.

The opening credits show the vampires origin stories in an MTV-like montgage. Set to the perfect theme song, "Your Dead" by 60s folk singer Nor...