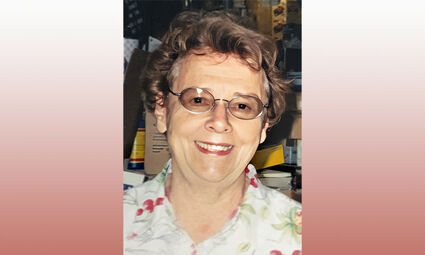 Janice B. Cronkhite 87 of Waitsburg passed away on March 26, 2022, after a long struggle with Alzheimer's. Jan was born June 13, 1934, in Tacoma, WA, the only child of Edward and Katherine Sproule. Jan lived her early years in the San Francisco Bay area where she attended school and graduated from Jefferson High School in 1953. In 1955, she married Lonne Hamann and together they raised three sons.  One of Jan's favorite memories was their time spent living in the University Village while Lonne attended the University of California, Berkeley. It was here that she assumed one of her most-beloved roles as Head Resident of Married Student Housing, making lifelong friendships and enjoyed raising her young sons in a free-spirited environment.

Many moves following Lonne's work with the federal government took their family to California, Arizona, and Idaho. They divorced in 1975 while living in Winchester, Idaho. At this point she began her new career as a Librarian at the Lewiston City Library. It was here that she met Robert Cronkhite and they married in 1977.  Shortly after, Bob's employment led the family to the Walla Walla Valley, where, after touring all the small towns in the area, Jan visited Waitsburg and intuitively knew that she had found her forever home.

Jan took her new love of being a librarian to both the Walla Walla Public Library and the Weller Public Library in Waitsburg. She retired from Walla Walla in 2000, however she continued to serve as the Head Librarian in Waitsburg, until 2012, retiring with 32 years of service. Throughout these years, hundreds of local children enjoyed her Summer Reading Program and animated weekly story-times.

Jan began participating in theater during her high school days and remained active in community plays. She performed in dozens of productions at the Walla Walla Amphitheater and Liberty Theater in Dayton, often with her grandchildren by her side. Jan was a huge supporter of the Waitsburg youth and rarely missed a school or community event. She had a soft spot for animals and bugs of all kinds and would take in any stray cat, dog, or spider. She enjoyed working in her garden and spending time with her family and beloved friends of Waitsburg.

Jan is preceded in death by her husband, Bob Cronkhite; first husband, Lonne Hamann; and her parents.

A Celebration of Jan's Life will be held April 30th, 2022, at 5:00pm at the Waitsburg Town Hall.  Memorial contributions can be made in Jan's name to the Friends of the Weller Public Library or the Touchet Valley Arts Council.