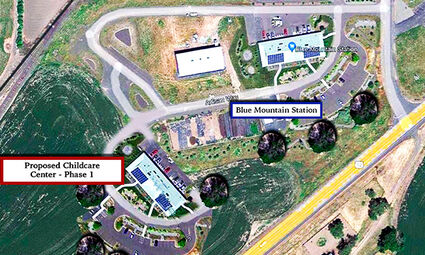 Blue Room Studios, presented conceptual architectural drawings commissioned by the CCHS. The first phase consists of a three classroom building which can be expanded on to add additional classrooms. The site next to Blue Mountain Station allows for room to build at least two similar buildings in the future.

For the opening public comment period, Jorie Aukerman, a resident of Dayton for four years and Executive Assistant at Columbia County Health Systems, spoke on the need for a childcare center in Dayton. She is the mother of an eleven-week-old child and said she is very interested in hearing the Port's presentation about the childcare center.

Aukerman said she hopes to remain in her career at the healthcare facility and be a long-term community member in Dayton. However, she said...