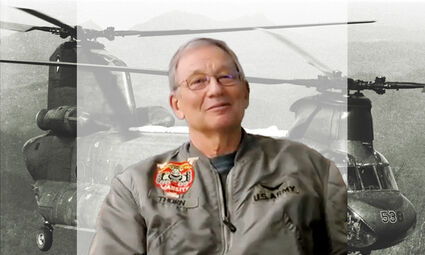 DAYTON-Listening to a veteran's story was the perfect topic at the November 11 Dayton Kiwanis Club Meeting.

Kiwanis members invited Eric Thorn, a local veteran who served in Vietnam, to share his experiences as a Chinook pilot during the war.

"It's coming up on almost exactly fifty years since I got back from Vietnam," Thorn began. "I think it's in another month."