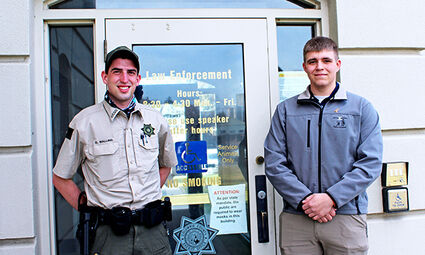 David Walling (l) and Riley Conahan (r) have been hired in the Columbia County Sheriff's office.

David Walling was raised in the Ellensburg area, graduating from Kittitas High School in 2014. He served as a missionary in the Democratic Republic of the Congo for around six months before turning his focus to Pastoral Ministry, receiving a B.A. from Northwest University in 2018.

After graduation, he began looking into Law Enforcement as a career. He was hired at the Benton County Correctional Facility in June 2020 as a Correction officer until his lay-off due to county budge...