The Taggart Road Extension was named Hazelbaker Road in September 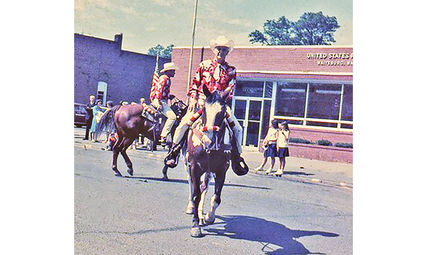 The Taggart Road Extension, which connects Taggart Road and Highway 12 at the end of the city limits, was named Hazelbaker Road in September. The project, which began in 2019, is getting close to being finished with crews moving in to pave last week. The road extension aims to improve traffic safety along Taggart Road.

At the regular City Council meeting, City Administrator Randy Hinchliffe presented the Council with a group of proposed names, all submitted by community members. On the list were Huffman Road, Phillips (or Liebermann) Road, and Bette Chase Way.

Hazelbaker Road, however, was suggested by Mary Phillips, who purchased her land from Hazelbaker years ago. The newly named road runs right on the edge of the property that Hazelbaker once owned. With family still in the area, everyone at the meeting agreed that the name was most fitting.

Elmer Hazelbaker was born in Seneca, Nebraska in 1903 and moved west with his family in 1919. He attended school in Grangeville, Ida. before moving to the Walla Walla Valley in the late 1930s. Hazelbaker began working on farms in the area before moving to Waitsburg in 1948.

He split his time working at both the hardware store and as a mechanic for local farmer Kenneth Smith upon moving to the area. Eventually, Hazelbaker went to work for the City of Waitsburg, and in 1957, he was promoted to the city's Water Superintendent, a position he held well into the 1970s.

During that same period, Hazelbaker was elected Fire Chief for the Waitsburg Volunteer Fire Department and was re-elected in 1960, according to The Times archives.

In 1970, Hazelbaker led the Waitsburg's Days of Real Sport parade as the parade marshal. He passed away in 1976, at the age of 73.

"I would like to thank everyone for doing this, Dad would have loved it," said daughter-in-law Penny Hazelbaker. "Dad thought that Waitsburg was just the best place to live. We have lots of memories on that property."