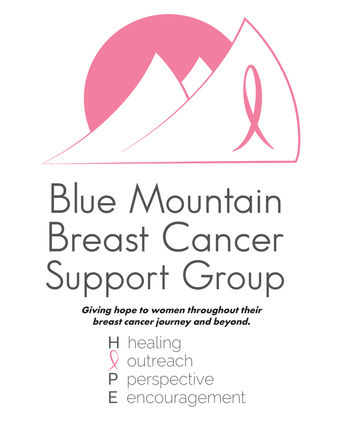 DAYTON—Eileen McMunn, “Teeny” to those who know her, is an eighteen-year survivor of breast cancer, an amazing feat considering her cancer was identified as triple-negative breast cancer (TNBC).

Though TNBC cancer can have the same signs and symptoms as more common types of breast cancer, it differs in that it is faster growing, has limited treatment options, and a worse prognosis. It is associated with a high recurrence risk and a poor five-year survival rate.

McMunn said when she discovered the lump in her breast in 2002, she was new to Dayton and didn’t know who to see about it.

Joan, a close friend and a nurse, recommended a doctor in Walla Walla. McMunn immediately went in for an exam. This was followed by a mammogram, and a biopsy, all on the same day.

She received the news nobody wants to hear.

She was scheduled for surgery where a lumpectomy was performed, and 19 lymph nodes were removed.

“I received a call at home while recovering, that all nodes were negative, they got “clean margins”, and said I was triple negative,” McMunn said.

Back in 2002, the Medical community didn’t seem to be aware of the “Oh, My Gosh” effect of being triple-negative, she said.

“Nobody said that it was not a good one to have.”

“I was scared to death, even to start, but when I started with the infusions, it wasn’t as scary as I had imagined,” she said. “I didn’t miss any work, but I could tell I had poison in my body. I lost all my hair shortly after the first treatment. By the time I had the fourth treatment I had learned tricks to manage my energy and appetite and the side effects.”

She then began a 36 course of radiation therapy, which began at 8 a.m. every weekday.

“The most irritating part for me was having to get there, take my wig off, receive 10-15 minutes of treatment, get dressed, again, and then go back to work,”

It was not just back to work but back to a business, Abbey’s Carpet, she co-owned with business partner, Steve McMunn.

McMunn said she tolerated the treatments, but they made her tired.

Ten years later a friend recommended a webinar about triple-negative breast cancer. McMunn learned from the webinar that her type of breast cancer is the one most likely to reoccur.

She told people in the chat room she was a 10-year survivor, which provided them with a degree of hope.

“Only then did I understand the gravity of the prognosis,” McMunn said. “It’s been 18 years, and I still say a prayer at every mammogram.”

McMunn attends a support group, at Providence St. Mary’s Hospital in Walla Walla. This is a place where women can share their journey with breast cancer and gather information from experts in the medical field.

She said, “Many who are first diagnosed reach out to someone who has gone through it. It says, if you can do it, so can I. There’s hope in that.”

Although the Blue Mountain Breast Cancer support group hasn’t met since February, because of COVID-19, McMunn is willing to be a resource for people. She can be reached by email at teeny@waitsburgtimes.com.