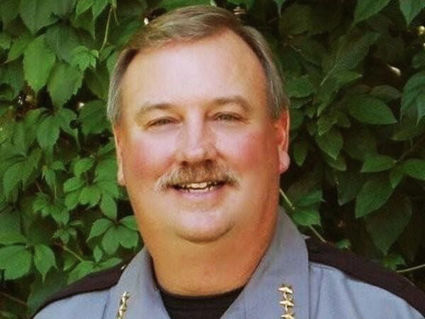 WALLA WALLA—The Walla Walla City Council held the first of three Town Halls in response to a large community outcry over-policing policies and the issue of a police officer’s tattoo which incorporates a symbol which is firmly linked to Nazi Germany.

City Mayor Tom Scribner welcomed citizens to the Zoom event, noting that “after the first two Town Halls we will consider what we have heard and what you have told us and we will respond and tell you what we aim to do and what we will try to do to improve upon the concerns and issues that have been brought before us.”

City Attorney Tim Donaldson explained the function of his office and outlined the four categories of city employees and the various rights the groups have when it comes to employment regulations. In reference to Officer Nat Smalls’ ‘Double S’ tattoo, Donaldson noted that, “Tattoos are considered pure forms of expression that are entitled to full First Amendment protection.” Additionally, the Walla Walla Police Department (WWPD) has an on-duty tattoo covering policy, and there is no “just cause” to remove or discipline officers who comply with the policy. Of note, in a letter to the community, Officer Nat Small shared that he will alter the tattoo.

City Manager Nabiel Shawa noted that the City Council has complete control over all of the city’s financials as well as the size of the police force, vehicle replacement policies, and the hiring of the city manager.

Police Chief Scott Bieber began his presentation by saying his aim was to provide information to the public, “So that they can decide if police reform should happen in their town.”

Bieber then shared his thoughts about the importance of creating an organizational culture within his department, and that he considers hiring the right people as “the most important thing I do.”

The minimum qualifications for a Walla Walla Police Officer are graduation from high school or a GED. Applicants then must pass written, physical ability, and oral examinations prior to a conditional offer of employment. A polygraph test, as well as medical and psychological exams, must also be passed with acceptable results.

Training for an officer consists of 720 hours of BLEA (Basic Law Enforcement Academy), three to four months of field training, and a probationary service of 18 months. De-escalation training is required annually as part of the 24 hours of coursework to maintain certification. Bieber noted that the WWPD averages 157 hours of training per officer annually.

A guide to the department’s Training, Policies, and Community Response was added to the city website after the death of George Floyd and can be found here: https://www.wallawallawa.gov/government/training-policies-and-community-response

Since the WWPD is an accredited state agency through the Washington Association of Sheriffs and Police Chiefs (WASPC) they have support through Lexipol, which provides comprehensive state-specific policies developed by a team of public safety attorneys and law enforcement experts.

Bieber then discussed #8cantwait, a project by Campaign Zero to bring immediate change to police departments of which he described as “not the ultimate effort at police reform, but it does provide at least a foundation.”

WWPD policy varies from two of #8cantwait’s proposed initiatives. The first is with regards to body cameras worn by police, which Chief Bieber feels is unnecessary for the department. His research has led him to believe that the resulting videos are not helpful to the prosecution, as they provide a one-dimensional view of the incident. He encouraged citizens to get a fuller picture of what kind of people the officers are, by accompanying them on a ride-a-long.

The second point of variance is that WWPD does not ban shooting at moving vehicles, but does detail the circumstances under which this is allowed. The WWPD Use of Force Policy 300.4.1 states in part that “An officer should only discharge a firearm at a moving vehicle or its occupants when the officer reasonably believes there are no other reasonable means available to avert the threat of the vehicle, or if deadly force other than the vehicle is directed at the officer or others.”

Bieber then discussed the WWPD’s current budget of $10,037,367, 75 percent of which is devoted to personnel costs. The department has a total of 79 authorized staff which includes 15 countywide dispatchers for police, fire and ambulance services, 15 civilian support positions, and 48 officers.

Bieber also stated that data from the NIBRS (National Incident-Based Reporting System) shows the city’s incidents continue to trend downward with 107 violent crimes committed in 2019, while 22 percent of those were committed inside the Penitentiary.

In order to engage with the community, Bieber has created a Chief’s Advisory Committee.

“The purpose of the committee is to discuss the issues surrounding the delivery of local law enforcement services and provide input to the chief for his consideration in making changes to help improve both the department and the services it provides,” said Bieber.

The Chief said, “I am looking for individuals who would share their perspective but were willing to listen to the perspective of others.”

The concept of differential call response, which questions the type of service calls that may be better handled by a different agency, was discussed. Bieber mentioned found property, legal paper services, and parking complaints, as ones he feels would fit in this category.

“Why are we sending a highly trained armed police officers to these calls?” Beiber wondered.

During the question period, Councilmember Riley Clubb noted differential call response had the most opportunity for the progress of the topics discussed. Clubb also asked Beiber whether results of internal police investigations are available for community members to access. The Chief answered that he would need to check with the Human Resources Director, or Attorney Donaldson for that answer, and mentioned that there is a complaint form for citizens to use which is found on the City website.

Bieber wrapped up by recommending participation in the department’s Community Police Academy as another good way for citizens to learn more about the force.

The next meeting of the virtual Town Hall series takes place on July 23 at 6:30 - 9:30 p.m. Members of the public who wish to sign up for an opportunity to speak during the virtual meeting may do so using this form: https://www.wallawallawa.gov/government/city-council/speaker-sign-up-form (Spanish or English).