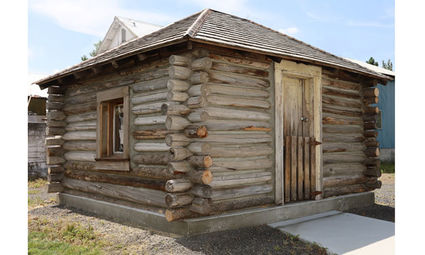 This 'quarantine cabin' was built in 1898, by John and Mary Dodge for their son, Pvt. Wesley a returning Spanish-American War veteran.

Private Wesley Dodge, 1st Regiment of Washington Infantry Volunteers, Company F, was quarantined in this 13 x 13 cabin when he returned home to Dayton from the Spanish American War in 1898. The cabin, built in the Dodge family backyard, met basic recommended quarantine practices. It was "discovered" behind a two-story home on West Richmond Street and donated to the Blue Mountain Heritage Society in 2017.

The cabin was painstakingly restored by Beau Sabin an...