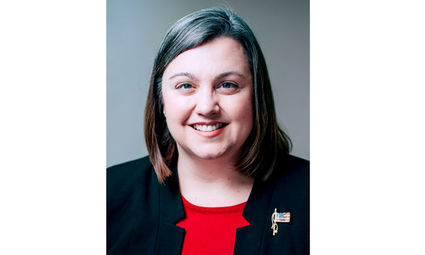 Garbe Reser, a Walla Walla resident, recently stepped down as the CEO of Sherwood Trust, a private foundation serving Walla Walla and Columbia counties. She is a decorated Foreign Service Officer, having proudly served our nation for nearly 14 years. From the Situation Room to the Board Room, Danielle has the leadership qualities and experience to represent us.

"I am running to be a voice in Olympia for our rural region, for our families, workers, seniors, women, veterans, and vulnerable neighbors," Garbe Reser said. "I have spent my life serving our country and our communities, and it would be a tremendous honor to represent the 16th LD as our next State Senator."

Garbe Reser has been inspired to lead a life of service by her grandfather's military career and the small-town values she learned growing up in Eastern Washington. Her first day serving our country as a diplomat was September 10, 2001. She took on danger and hardship assignments during her nearly 14-year State Department career with tours at the U.S. Embassies in Lebanon and Indonesia. She worked on the teams of both Secretary of State Condoleezza Rice and President Barack Obama and was a diplomatic advisor to a U.S. Senator on the Foreign Relations and Armed Services Committees and to the Deputy Secretary of the U.S. Department of Energy.

Raised in Moses Lake, Washington, and a graduate of Whitman College, Danielle returned to Walla Walla in 2015 as the CEO of Sherwood Trust, which was established by the same family that funded the women's leadership scholarship that allowed her to attend Whitman. She oversaw over $30 million in investments and over $1 million in annual grants with a wide range of projects across the region.

"I believe we are stronger when we work together-Eastern and Western Washington, rural and urban, government and business partners, community members and elected officials. No one party or one group has a monopoly on good ideas," Garbe Reser said. "When we make sure everyone is at the table, when we listen and learn from each other, then we can develop better solutions that meet the needs of our communities. Together we can achieve a brighter future for all of us."

Garbe Reser is a member of Walla Walla's Noon Rotary and Vice Chair of Whitman College's Presidential Advisory Board. Danielle is married to Todd Reser, a fifth-generation farmer from a family that also has a long tradition of public and community service.

The official filing deadline for the position is Friday, May 15th.