City recycling ended in 2018 due to price increases 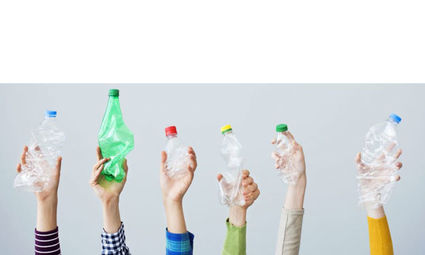 City sponsored recycling ended for Waitsburg in March of 2018. The service had been offered by Basin Disposal, Inc. the city's garbage service contractor, but due to a large price increase, the City Council opted to stop offering the service. Customers had grown reliant on the service, offered at the wastewater treatment plant, which accepted paper, cardboard and plastics, until changes in the Chinese marketplace drove the costs up.

China's history as the world's recycler began in the mid 1990's. Brokers found markets for recycled products and also made use of the fact that West Coast ports in the U.S. were full of empty Chinese shipping containers that had come to deliver goods to American consumers. It made a lot of sense to send the waste back out through the ports in an empty ship that was going back anyway.

This was too good a deal for American recyclers to pass up, as many plastic products gum up sorting machines at materials recovery centers and are of almost no value to recyclers. China had plenty of cheap labor to sort through recyclable materials, and by 2016, the U.S. was exporting almost 7,000,000 tons a year to China alone.

Soon, however, the Chinese government started to worry about the amount and the condition of the recycling coming in. Consumers in the U.S. were not adequately washing or sorting their recyclables, leaving food waste, and plastic wrap (which is not recyclable) in their waste, reducing China's profitability. In January 2018, China abruptly halted most plastic recyclables. By 2019, China took in less than 1 percent of its 2016 total.

This abrupt shift in the market for recyclables has affected other nearby towns as well. Walla Walla is continuing its curbside recycling program, after briefly calling a halt to the service last month. For a while, Walla Walla's "tipping point plan" would have allowed the city to dump recyclable materials from its residents into the Sudbury Landfill if the cost to ship them exceeded the cost to dump them. Currently, it costs $119 a ton to ship recyclables, the Walla Walla council will continue to ship what is collected until the costs exceed $136 a ton, at which point they will re-examine the issue. The Council opted to continue curbside recycling by raising the recycling surcharge 83 cents a month to $2.12.

A discussion at an August 2019 City Council meeting addressed the option of placing a recycling bin for plastics at the wastewater treatment plant. The cost structure for that service includes container rent, tonnage and sundry costs, with a price tag of $3,800 a year at that time. Having an employee available to assist, would add extra cost. The Council opted not to offer that service. Plans to re-examine the issue in six months' time were made at that August meeting, however no funding has been added to the City budget for recycling of any kind in its 2020 budget.

In an email from City Administrator Randy Hinchliffe he noted, "There was nothing planned in the budget for recycling. Recyclable materials continue to have to monetary value to where it makes sense for the City to provide the service. We will continue to provide cardboard services for those who want to drop it off on Mondays and Saturdays."

Currently, Waitsburg citizens have the option of recycling cardboard and woody yard debris, between 8 am. and noon on Saturday and Monday mornings.

Solutions to the problem of 11 tons of waste being added to the environmental footprint of the town are necessary. In the coming weeks we will take a closer look at what options residents might have locally, and how this issue is being addressed on a state-wide level.

This is the first in a series of articles by the Times examining waste management issues affecting rural communities. We will examine the history of this problem in rural areas including the environmental impact of recycling, reuse and reduction principals, and traditional waste management options. We will focus on Waitsburg, Walla Walla, Dayton and Prescott as their local governments and private citizens address these issues.