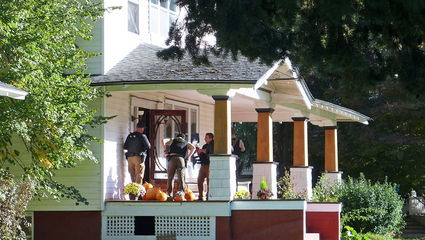 WAITSBURG⎯On Thursday, October 10, officers from the Columbia County Sheriff’s Office, the Walla Walla Police Department and Crisis Response Team members responded to a Main Street home in Waitsburg after a woman reported that her son, Markes A. Cantrell was allegedly threatening her and two other women with a metal bat inside her home. The woman told Walla Walla dispatch that her son, Cantrell was “smashing the kitchen” and she was frightened for her safety. She also claimed that he had been on meth the previous evening according to a press release. The two other women in the home...