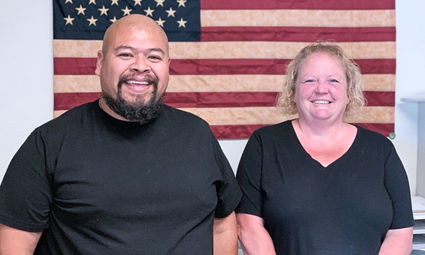 Columbia County Public Transportation is looking forward to continued growth under the management of David Ocampo (l) and Darla Brown (r). Ocampo, who has been serving as interim General Manager since December, was named permanent GM last month. Brown, who is one of the longest-term employees with the agency, was named transit supervisor at the same time. Both are pleased with agency morale and performance.

Ocampo was the district's safety and maintenance coordinator until he was pulled in as interim GM following the resignation of GM Dwight Robanske wo resigned in Dec. of 2017 after being placed on paid administrative leave in Oct. of that year. Robanske's was one in a series of management resignations, investigations and cuts that left...