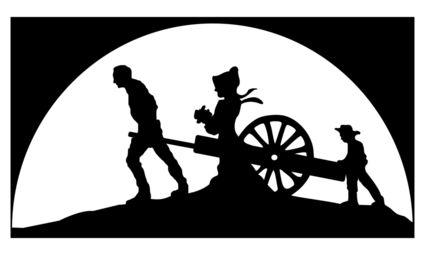 Everyone is invited to share an enjoyable evening, a laugh and relaxation at Movie Night at Preston park. Join friends and neighbors on Friday July 24 at 9 pm at the south end of Preston Park for the showing of Walt Disney’s “The Jungle Book.”

Waitsburg marshal Michelle Long was expected to bring up the topic of recent problems with teenagers being out late at night at the City Council meeting Wednesday, July 6. Long said that this summer about 10 to 20 teenagers, in groups of three or four, have been out on city streets at 2 and 3 am. Now, when teens are out at night, the marshal’s informal policy is to notify parents.

Waitsburg resident and longtime hunter, Greg Leid, recently won first prize for having bagged the largest mule deer buck with a handgun among entrants in a contest sponsored by Handgun Hunters International and Thompson Center Arms.

Cori Kenney knows how to give. The 17-year-old Waitsburg teenager donated a whole hog, cut and wrapped, to the Community Food Bank in Waitsburg on June 20.

Directors of the U and I Sugar Co. will visit three privately financed river pumping irrigation projects in the area when they meet in Richland Friday and Saturday. Waitsburg residents attending the Friday night dinner in Richland are Mayor Roy Leid, Commercial Club President Francis Wood, and Tom Baker.

An updated $5,234,200 six-year road program was approved last week by the county commissioners. The Lower Waitsburg Road will receive grading, draining, surfacing and paving on parts to the amount of $25,000. The road from Minnick Hill to Coppei will receive an estimated $25,000

Because of several big fires in Walla Walla county which caused much damage to pastureland, the fire patrol work started this week to prevent further damage to grain fields and pastureland, according to Sheriff Archie Shick.

Corky Callahan is spending the summer in Walla Walla with his grandmother where he is working in the apple orchards.

The Oklahoma Cowboys will furnish old-time and modern music for dancing at the Grange Hall Saturday night. The proceeds will go toward completing the Grange Hall. Free coffee will be served, and individuals are asked to bring their own sandwiches.

The Willing Workers society of the M.E. Church held a picnic at the country home of Mr. land Mrs. C.A. Hales, a mile east of this city last Thursday. At a meeting in the afternoon, the society decided to undertake the repairing of the church which will probably be $500, and the various committees were appointed.

J. E. Butler and Roy Steele left Monday morning for a weeks fishing trip on the Wenaha River. The Hendersons of Jasper Mountain took them.

The Christian Churches of both Dayton and Waitsburg met together for an all day meeting and a big dinner at Dickinson Grove, just west of this city last Sunday. It is estimated that more than 500 persons participated in the big dinner at noon.

A good wagon would like to trade itself for a hack. Inquire at this office.

Mrs. C. W. Wheeler and all the little wheels rolled out for their mountain camp bright and early this morning. They will remain ‘till September. The lady friends will please remember this.

Our militia boys had a rather rough trip home, being detained several times by strikers. They had numerous narrow escapes but got home right side up, with ease, nor lost a single man, for which their friends are truly thankful.

Ladies have two classes of limbs - the one she threads her needle with and the limb she wears her garter on.