By Vicki Zoller
The Times

Winning student poster will be displayed on local billboard 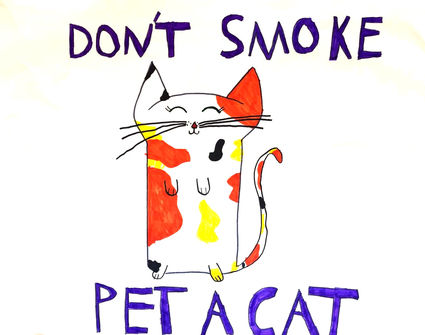 What could you buy with an extra twenty-two thousand dollars? This was one of the topics that Chelsey Eaton, Columbia County Public Health Program Coordinator, discussed with the 4th and 5th grade students at Dayton Elementary this month.

The Great American Smoke-Out is normally held on the third Thursday of November but Eaton wanted to tie the dangers of smoking with February’s National Heart Health Month campaign. Discussing the dangers of smoking often focuses on negative health impacts but turning the focus to the financial costs of smoking gave the students something new to think about.

Eaton used some clever math to show that, by smoking one pack a day for 10 years at $6.00 per pack, a smoker would spend $22,000 on cigarettes. She then asked the kids what they would do if they had that kind of money because they hadn’t spent it on smoking.

Answers included: buying a new gaming system, a horse, a new ATV, and even being able to donate to charities. The conversation about the costs of smoking were a topic the students took home with them to share with family members.

Costs surrounding smoking reach much farther than just the personal monetary costs, however. Worldwide, according the American Cancer Society, approximately $422 billion is spent on healthcare expenses related to smoking. The U.S. alone spends about $170 billion on direct care for smoking-related illnesses, and in Washington state the health care costs per smoker amounts to $191.249. 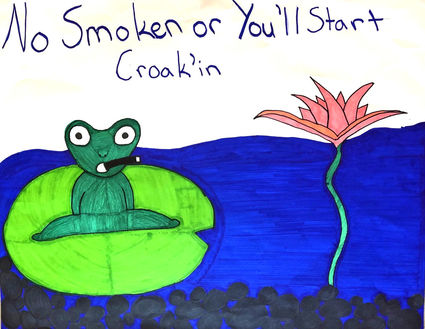 After the discussion, students created posters that focused on not starting or quitting the habit. The community will vote on a favorite with the winner’s poster holding court on a local billboard through the month of April.

To vote, see the entries on the Columbia County Public Health Facebook page and “like” a favorite. Due to the winter weather conditions it was decided that online voting would allow for more of the students’ work to be seen, versus displaying posters around town as it has been done in prior years.

Dayton General Hospital and Columbia County Health Systems will sponsor the cost of the billboard.