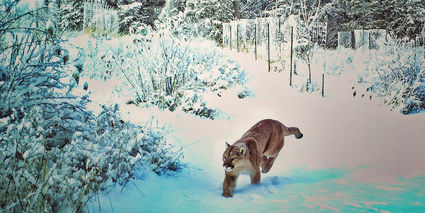 The cougar shown above was captured on a game camera located on property belonging to Eric and Kate Hockersmith on Jasper Mountain.

WASHINGTON STATE - The story of Colorado jogger Travis Kauffman, who managed to win out in a bare-hands battle against a mountain lion earlier this month, has taken the media by storm.

Cougars don't typically attack humans and some accounts surmise that this may have been a starving, young mountain lion that had become separated from its mother. Regardless, Kauffman's self-defense response was impressive.

The Washington Department of Fish and Wildlife (WDFW) website states that there have been 125 reports of cougar attacks on humans in North America in the past 100 years. However, more at...